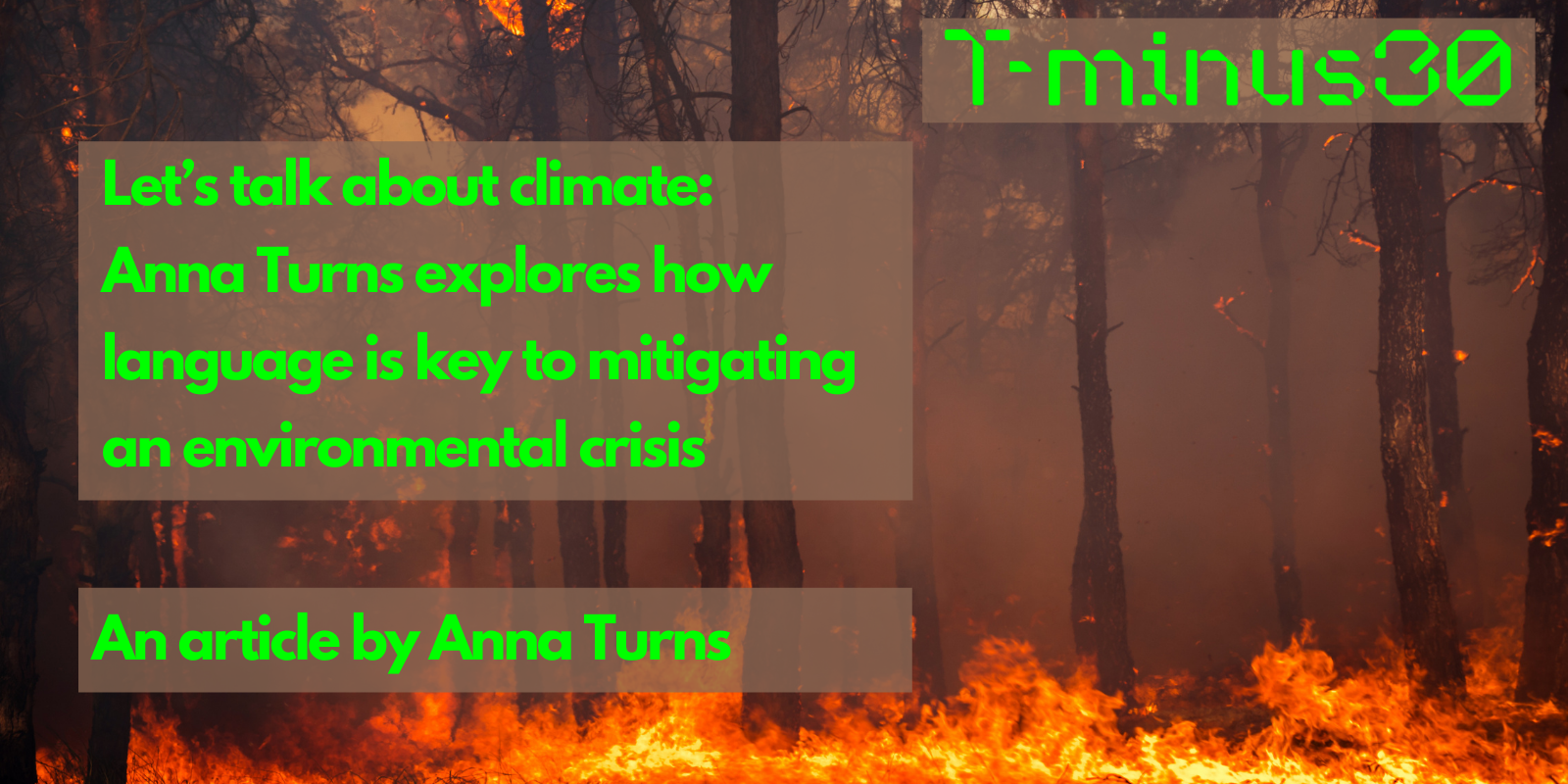 
I try not to mention climate change much these days. It sounds far too gentle and passive. To so many people, the term climate change conjures up images of polar bears sitting hopelessly on melting ice floes far away or visions of heat waves come 2050, way too far ahead in the future to really imagine.

But leading scientists warn that we have just nine years left to avert catastrophe. Global emissions of greenhouse gases must be halved – yes, halved, that’s such a massive challenge – in order to have any chance of limiting temperature rise to 1.5 degrees according to this special report by the Intergovernmental Panel on Climate Change.

If we are going to avoid passing numerous irreversible tipping points and prevent the acceleration towards a more unstable climate, we need much more urgency in how we transition to a decarbonised society. That begins with how we talk about climate because the changes involve every one of us. As climate activist Greta Thunberg famously said at the World Economic Forum in January 2019, “I want you to panic…I want you to act as if you would in a crisis. I want you to act as if the house was on fire”.

So instead of discussing gradual change, let’s talk more about the climate crisis, climate breakdown, and the ecological emergency. Let’s talk about global heating, not global warming. It’s here already. It affects all of us every day, even if we don’t all quite notice it yet. It’s relevant to all of us, today, wherever we live and the decisions we make right now, from who we vote for to which energy supplier we choose to who we bank with and which businesses we support, can really make a big difference.

Language is key to navigating this crisis. It reflects our culture and impacts our understanding; it can spur us on and inspire positive action, or do quite the opposite. Right now we don’t have time to waste.

But climate conversations can still feel awkward. You might feel others don’t want to hear about the ‘bad stuff’ or be unsure how to react when someone reveals they really don’t see what all the fuss is about. But don’t give up – go gently, explore the other person’s perspective, find some common ground, and relate climate issues to our everyday life.

As this animation by the US-based Alliance for Climate Education explains, we can all start by chatting more to our friends, relatives, and colleagues about this. Really listen to what they are saying, validate their views and feelings. Ask open questions to find out what they think about the climate emergency. Keep the conversation a two-way exchange of ideas – don’t preach.

Yes there might be a few fervent climate deniers still out there but don’t worry about them too much – they are in the minority. Don’t be frightened if you can’t remember all of the relevant statistics about global heating– the climate crisis is fact. But someone’s response to that isn’t a rational thing, it relies on emotional connection. You could show a flat earther endless evidence that our planet is a sphere but you probably won’t change their mind – they have invested so much in their alternative belief system it will be nigh impossible to persuade them, so don’t waste your time.

Hope actually lies amongst the vast numbers of climate accepters who aren’t doing much to effect change yet – if we can convince those people to change their behaviour, we can really start speeding up this transition.

As with any change, it takes courage to lead the way. Once people start to follow the leader, a few early adopters help build momentum and then the shift to a new norm can happen quite quickly. This TED analysis of a lone dancing guy at a festival demonstrates beautifully how to start a movement that really works. The key is to keep the action simple and accessible, otherwise, you’ll alienate others. Focus on solutions and show the positive rewards of living a low-carbon lifestyle. Mention how you’ve got fitter from riding your bike to work instead of driving or that you’ve saved money by switching to 100% renewable energy.

Be more vocal about climate and use your voice to influence the leaders in your community and beyond, from the headteacher at your kids’ school to the CEO of the company you work for or decision-makers in government, broadcasting platforms, and multi-national corporations. Create the political pressure for change by opening up more space for conversations about climate. Listen. And then lead.

In 2019, the Oxford word of the year was ‘climate emergency’, defined as ‘a situation in which urgent action is required to reduce or halt climate change and avoid potentially irreversible environmental damage resulting from it’ 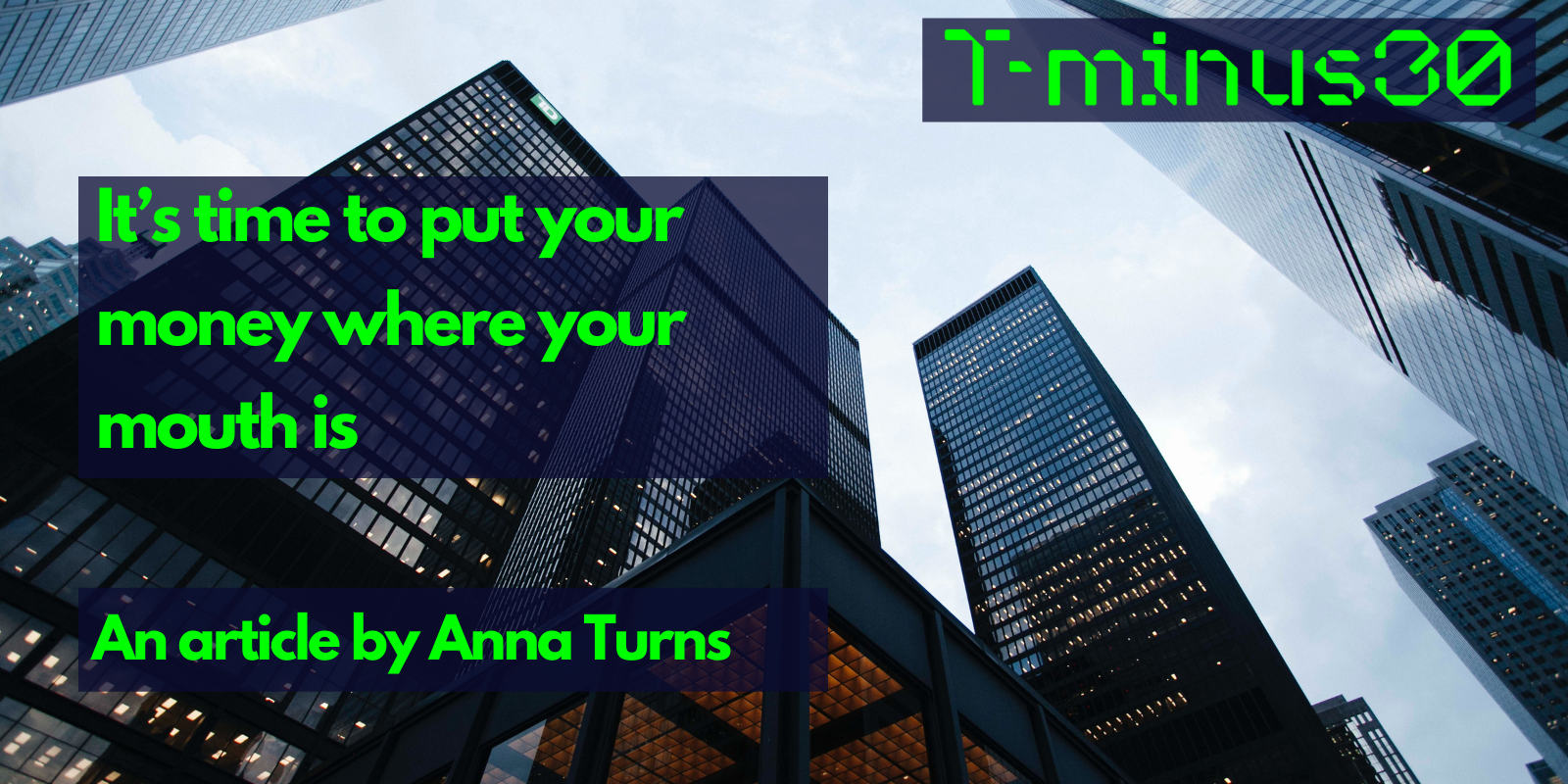 It’s time to put your money where your mouth is

In the five years since the Paris Agreement was adopted, the...